For any sailor, catastrophic hull failure is bad enough. But when you’re in the middle of the ocean in rough seas—sailing alone—with no help around for miles….it’s life or death. On November 30th, 24 days into the 2020 Vendée Globe around-the-world race, Kevin Escoffier’s 2009 IMOCA 60 was sailing along in strong winds and big seas 840 nautical miles SW of Cape Town when suddenly…

“The boat folded up on a wave at 27 knots. I heard a bang, but to be honest, I didn’t need to hear that to know what had happened. I looked at the bow. It was at 90°. In a few seconds, there was water everywhere. The stern was under water and the bow was pointing up to the sky. The boat split in half in front of the mast bulkhead. It was as if she folded up. I promise. I’m not exaggerating. There was an angle of 90° between the stern and the bow.”

Kevin had only moments to act. His first move was to send a message to his team: “I’m sinking… I’m not joking. MAYDAY.” Then he was alone in a survival suit in the middle of the ocean. The yacht, PRB? Sunken. “Like a shipwreck,” Kevin said.

Recently, we continued our ongoing conversation with Hubert Lemonnier, a part of the race management team that is essential to keeping the competitors as safe as can be managed from shore. In this fourth installment, we asked Hubert to detail the Vendée Globe Race Office’s reaction upon receiving word of the sunken PRB and Jean Le Cam’s sighting of Kevin in a life raft and survival suit. 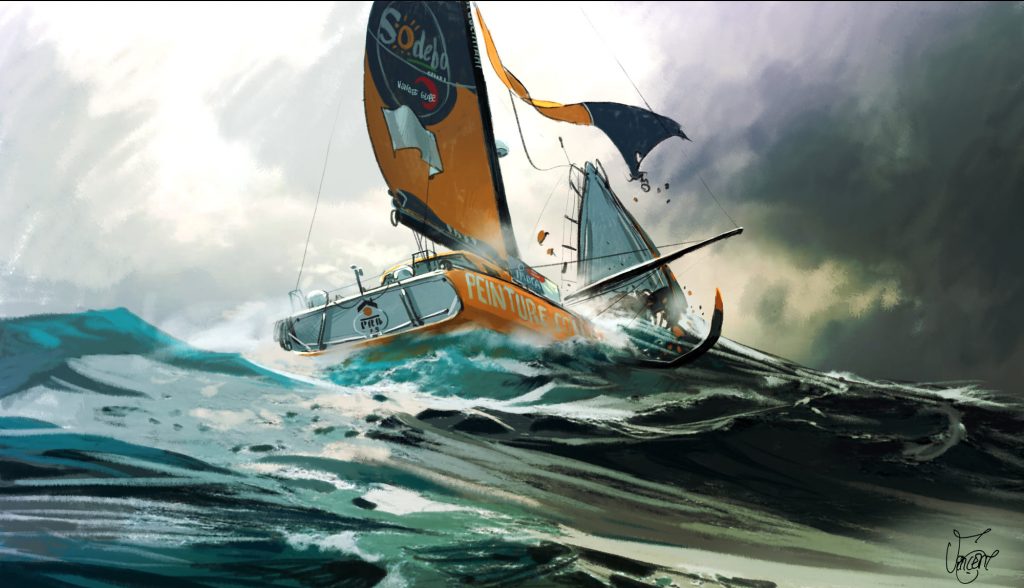 Hello. My name is Schmichter (when I say it, it sounds like “Shmik-ter”) and I’m a Blockhead. Guess

Blockheads Boat Tour with Olympian Luke Muller Like most Finn sailors, Luke Muller is a tinkerer and a
Contact