I Love the Naples Sabot

Alamitos Bay Yacht Club’s junior program started at age six. They wouldn’t let me in early, so my parents brought me to a traditional summer camp. When the camp counselor brought out the crayons and told us to draw, I drew my Sabot. When she brought out the beads and string, my four-year-old self burst out of that gymnasium and hid in a locker for the rest of the day. I just wanted to sail. Sick of hearing me, my dad strong-armed the junior program director, and the yacht club let me in. 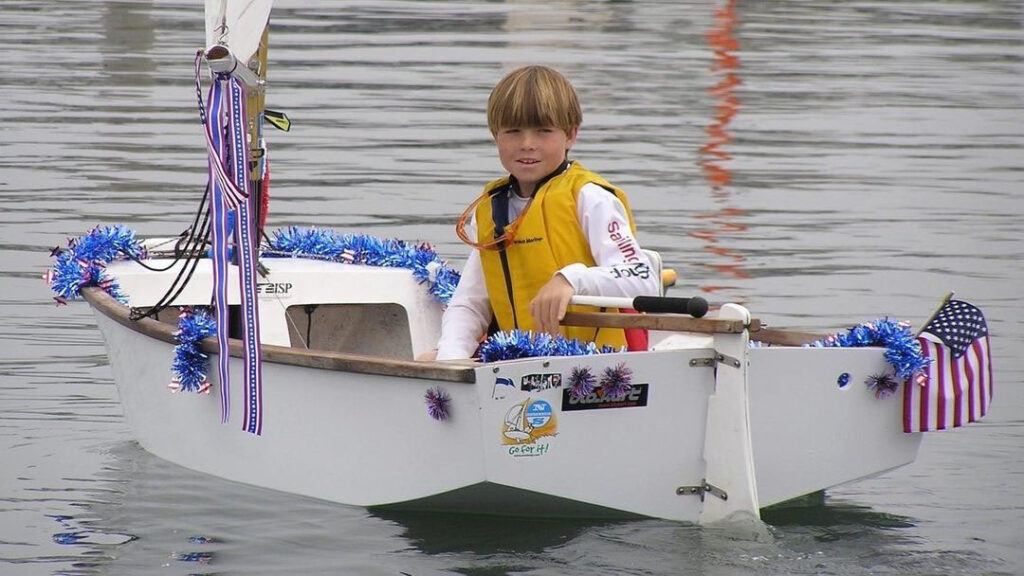 My first sabot was a hand-me-down from a family friend – a boat builder here in Long Beach. That thing lived many lives. It was originally pink! But my dad sanded it all back and had it completely reglassed. We lived close to Dennis Choate’s speed shop, and my whole family was really quite into it. We reworked the blades, realigned the keelson, and completely refaired the thing. It really did need to get refaired. Those hulls are like 3 mm of fiberglass, so over the years the bottoms get quite wavy and warped from the UVs. Obviously that refairing was well above my pay grade (I was 6), but I developed a huge appreciation for all the intricacies. The Sabot is a very technical boat. It was a hugely formative experience. 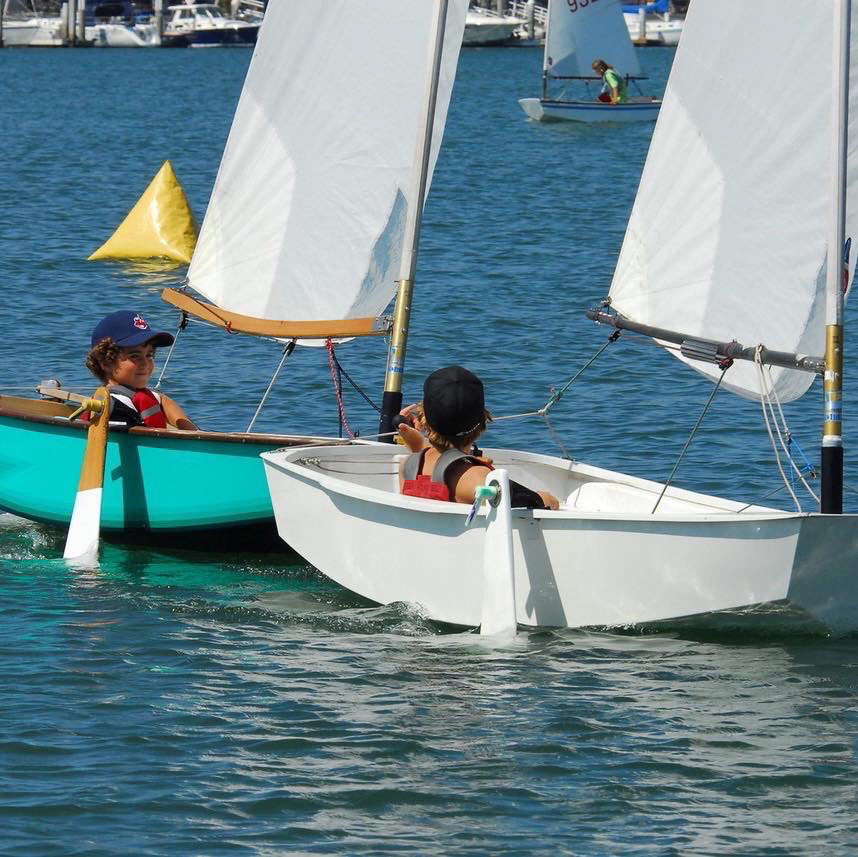 Those Gibbs boys and their infamous ‘banana’ boom

The Naples Sabot has a leeboard, which requires you to sail the boat completely differently from one tack to the other. The leeboard is on the starboard side, so on starboard tack you sail the boat completely flat. If you heel up, you’ll slip completely sideways. On port, it’s faster to sail a 10-15 degree heel to get maximum inversion of the leeboard in the water. The hull is like a Snipe bottom; it’s got two flat sides that come to quite a hard chine angle. My dad made molds for the foils too, so we did runner & leeboard testing for different thicknesses.

This was more than a junior program thing. We were optimizing the performance of this boat within the rule from a very young age. We had such a tight, competitive group at Alamitos Bay YC that we unintentionally almost killed the class. I’m sure there were sighs of relief when we departed that scene.

I’m telling you guys, this was full-on. There was basically a mini America’s Cup campaign going on. In Naples Sabots.

What was the fast setup? Well I had a custom-made LaFiel bronze-alloy mast and a super bendy aluminum tube boom. Originally we just retrofitted used windsurf masts, but as everyone got better, we started searching for those 2% gains and eventually switched over to carbon. We worked really closely with Dave Ullman to develop the fastest sails. Yes, as a 7 year old. He was like a god to us! It was so cool to be involved in something like that. I had no idea what I was talking about! I just liked the color of my sail numbers! (Actually, we really did optimize that too. My brother and I would get different colored numbers and cut them in half. Our numbers were 9339 and 9507. We switched colors on the 9s and the 7. He had a green & black setup, and I had a red & black setup.) 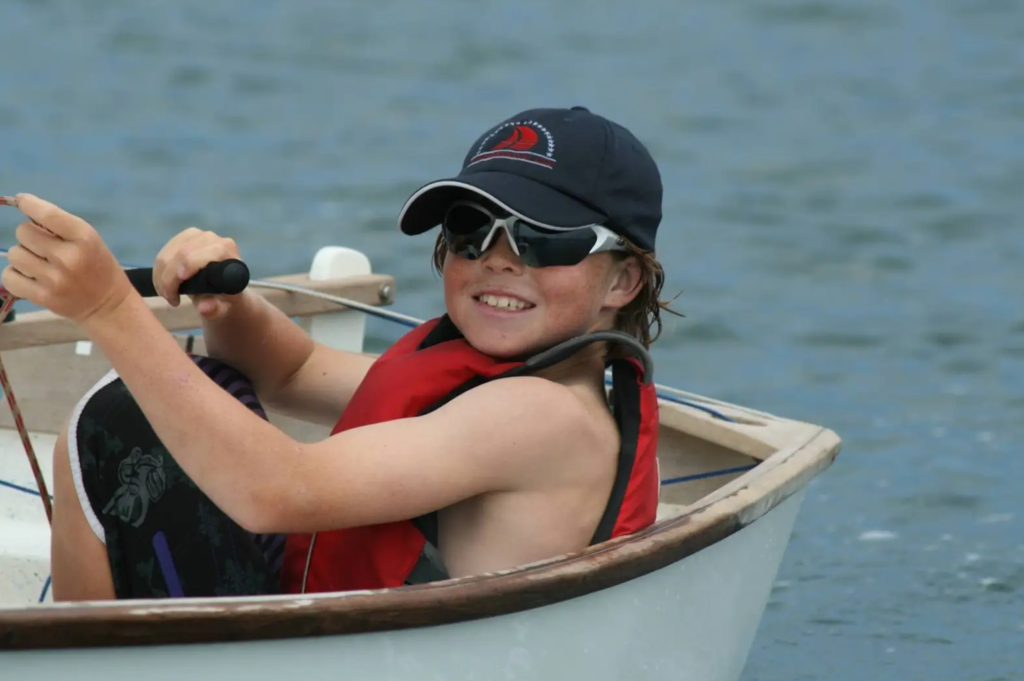 I don’t think I could’ve had a better upbringing. We were so fortunate to be so competitive along with other kids at that age. We’re all still super tight – You’re never going to lose that bond with your training mates. It’s totally a cult.

The Senior Sabot Nationals is on my bucket list of regattas. I’m always checking my calendar waiting for the stars to align. But conflicts always seem to come up. This year, I think there’s a SailGP event or something in the way. But mark my words: I will get there eventually. 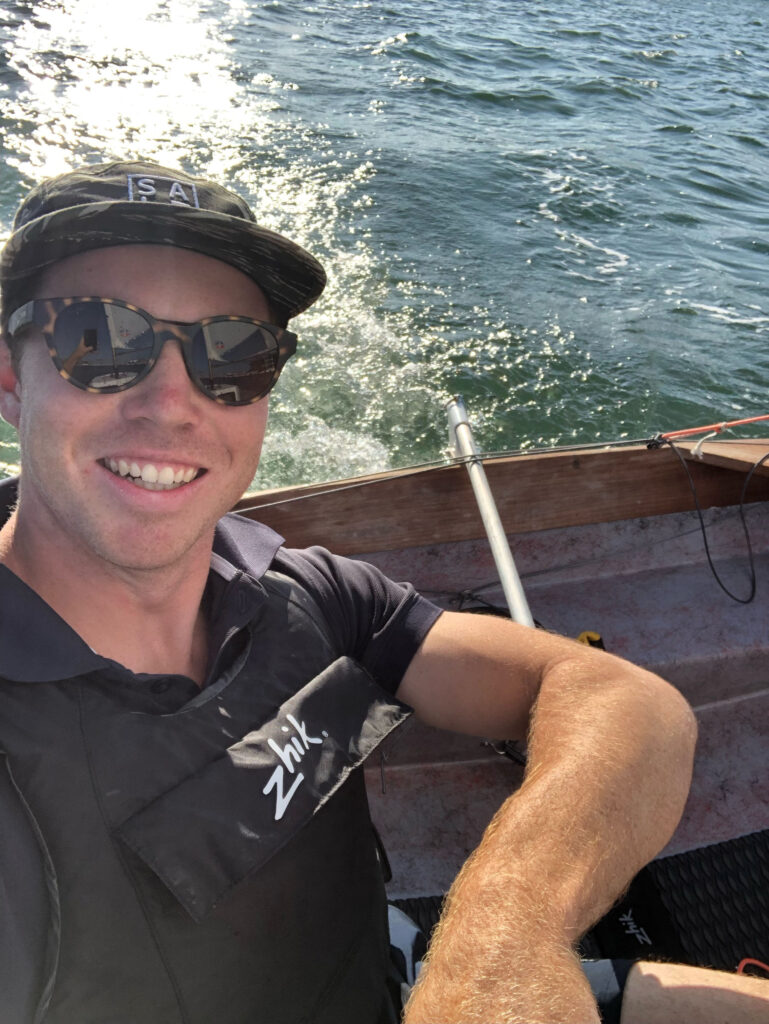 The most recent time I sailed a Sabot was on a Tuesday night at Alamitos Bay YC doing battle with the kids. The day before, I was blasting around on Comanche. They’re both really fun.

Riley is a member of SailGP USA and American Magic. He is a Pan-American Games gold medalist in the Nacra 17, competed in the Tokyo 2020 Olympics as a member of Team USA, and is a 505 North American champion.

45 blockheads from all over the world duked it out on the freshwater race course of Sheboygan, Wisconsin

“The Harken,” as it is known in youth match racing circles worldwide, stands out as one of the
Contact