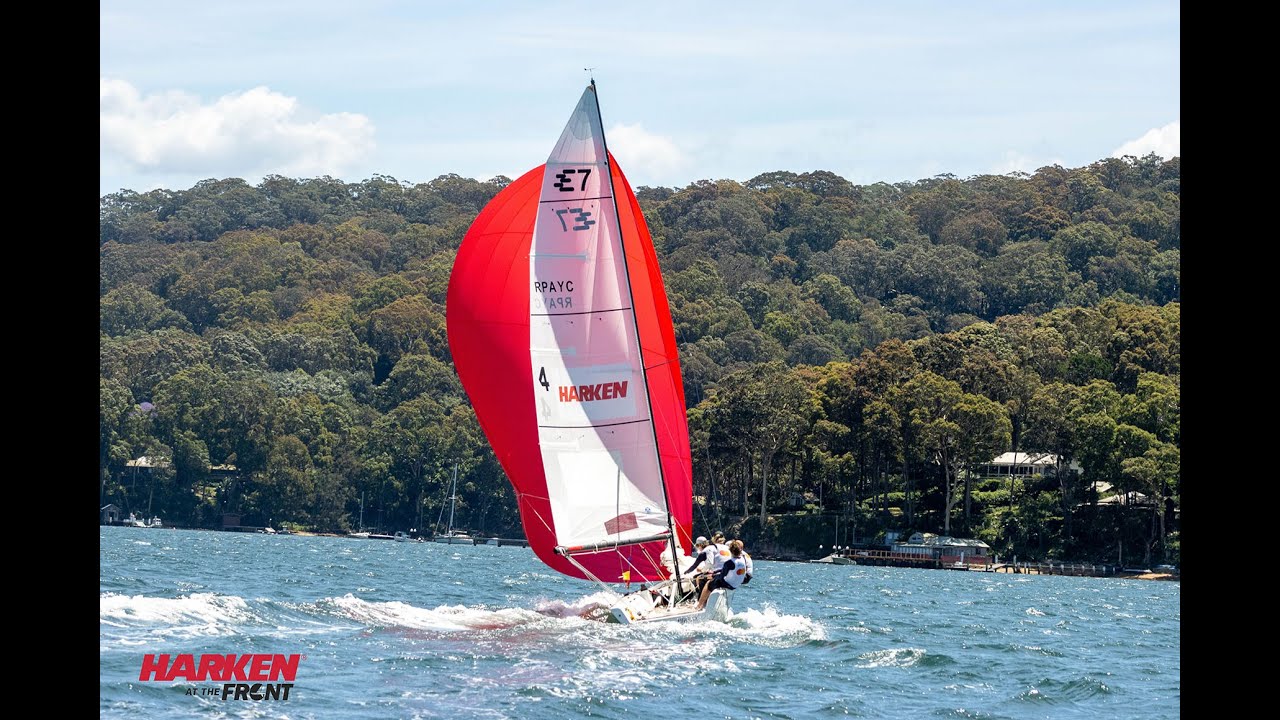 Consisting of four days of match racing, youth teams (under 23) compete each year for the Rockin’ Robin Perpetual Trophy — They race on the Royal Prince Alfred Yacht Club’s Elliott 7 performance keelboats with a crew of four or five, supported by perennial title sponsor Harken Australia.

Australian Ethan Prieto-Low took top honors at the 2022 Harken International Youth Match Racing Championship, held November 17-20 in Pittwater, Australia. Too much wind on the final day kept the ten teams ashore, with final placing based on the team’s Round Robin results and placings in the Semifinals.

Presented by the Chief Umpire, the ‘Umpires’ Award is new for 2022  — This year, the team with the youngest skipper, Kevin Le dreau (FRA), took home the special award and $400 in prize money.

Established in 1992, the Harken International Youth Match Racing Championship has grown into a world-renowned international youth event. The event has proven to be a fine training ground for outstanding young sailors who have gone on to sail in the America’s Cup, World Match Racing Tour, Volvo Ocean Race, World Championships and Olympics.

Photo by Bronny Daniels Harken Blockheads took to Junior Sabot Nationals to give sailors the tools, skills, and

We took tons of photos. And we’re making them available to you. We have no plans for them other

“The Harken,” as it is known in youth match racing circles worldwide, stands out as one of the
Contact

What exactly is a Blockhead? If you are totally obsessed with how to rig and sail your boat, you might already be one! Join the community of Blockheads to learn more about the sport, engage with others and share sailing experiences. This site serves as the hub for Blockheads globally, where you can discover how to join, media, tips and tricks, contests, and events. This program is all about YOU and we want to hear from everyone! Not seeing something? Your feedback is crucial, feel free to shoot us a comment or message.
Join Contact Terms
© 2023 All rights reserved, Harken Inc.
WEBSITE BY FORESITE